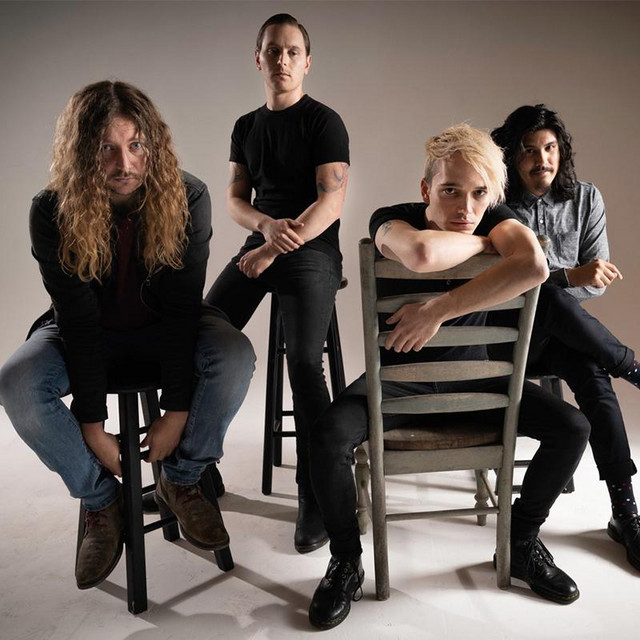 Something happens when Badflower singer and guitarist Josh Katz steps up to the microphone. His primal, powerful, and passionate transformation is the most unmitigated kind of catharsis fueled by emotion and unfiltered intensity… “The superhero version of myself comes out in the songs,” he affirms. “When I’m writing or performing, I go to this place that reflects the most emotional point I’ve hit at the moment. A lot of what’s being written is anger, lust, heartbreak, and all of that. Becoming an artist, I flip into this character I can’t shake or get rid of. I embrace it and keep writing in that direction.” During 2016, fashion icon John Varvatos personally signed the band to John Varvatos Records. Little did he know, they had a big surprise up their sleeves.   The boys cut the 2016 Temper EP [John Varvatos Records/Republic Records] in the garage of the Thousand Oaks, CA home which they share. Recorded during a blazing hot California summer, the sessions got so intense that their MacBook Pro often needed to cool down in the freezer. Wielding that energy, the music taps into a gritty and grunge-y gutter rock spirit complemented by jarring theatrical delivery and unshakable riffing, equally informed by Led Zeppelin and nineties Seattle as it is by film composers such as James Horner. In 2017 the band signed a new deal with Scott Borchetta’s Big Machine Records as a joint venture with Varvatos Records. Their debut album will be released later this year