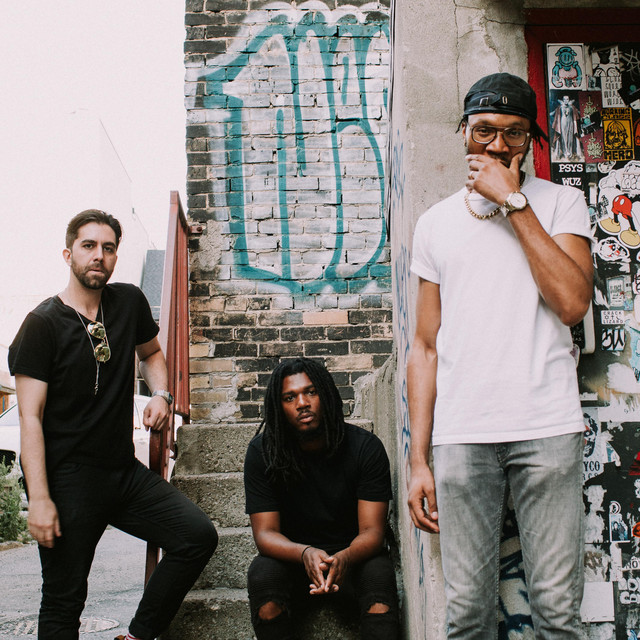 “This is rock music that hits differently. It’s Kurt Cobain shit. It’s Jimi Hendrix shit. It’s the Steve Jobs of this rock shit.” That’s vocalist/guitarist Densil McFarlane talking about his band the OBGMs and their new album, The Ends. If he sounds like a man who doesn’t lack confidence, that’s because he doesn’t. “The whole album is about not being bashful and just going out and getting it,” he says. “A lot of people who do music sink into self-deprecation, but we’re comfortable telling people how we feel about ourselves—good and bad—and the good is: I don’t think there’s a band that does what we do on a record.” If there’s something crucial beyond the music, it’s that the OBGMs—rounded out by drummer Colanthony Humphrey and bassist Joseph Brosnan—aren’t your typical rock band. “This is a black-fronted punk band, and that’s really important,” McFarlane says. “Rock n’ roll is mostly white suburban kids—that’s what gets promoted. But we are black and we out here. I was inspired to make rock music when I saw a black guy onstage, and if someone sees that in us, I hope it will inspire a new generation to go after this.” The OBGMs will drop The Ends via Black Box in October. Given the current state of the world, opinions will surely vary. Not that McFarlane cares one way or the other. “You can love us or hate us,” he says. “I’m aiming for that. We’d prefer the love—we’re full of love—but I’d rather you hate me than feel indifference.”