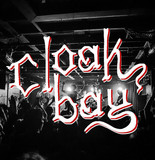 Cloak Bay began in late 2017. Hailing from the sleepy, cruisy surf town of Raglan, their debut release: 'Digi Town and the Boogie Boys' shares a vibe similar to the place the band owes its origins. The EP is characterized by alternative, psychedelic themes amongst indistinct washy vocals with a lo-fi production, resulting in an idiosyncratic sound that resists musical classification.   Having released their digital debut, the band started gathering momentum with lively shows dotted around the country and a building local reputation at the infamous 'Yot Club', in Raglan. Having little music online that reflected their live sound, the band released their first single, 'Calendoola', in 2018; a psychedelic reggae tune, tribute to the distinctive NZ roots scene.   Cloak Bay came into 2020 strong with shows across NZ, alongside other successful NZ bands such as Marlins Dreaming, Mako Road and Heavy Chest amongst a handful of their own shows notably Main Stage at Sound Splash.   About a year after the release of Calendoola Cloak Bay released their newest EP; 'To Fill the Void' building on their idiosyncratic, psychedelic sound with tight punchy grooves in ‘Karma’ and melancholic melodies in ‘Lady'.   Recent developments have sent Cloak Bay along with the rest of the world into hibernation. With new music slowly cooking away in isolation, we look forward to seeing what's next for Cloak Bay.   cloakbaymusic@gmail.com