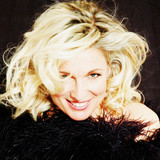 Caroll VanweldenCheek To CheekSings Shakespeare SonnetsDon't ExplainShakespeare Sonnets 2Portraits of Brazilsings Shakespeare Sonnets 3Colours' Born in 1971, Caroll Vanwelden studied first classical piano after which she found her passion for singing and jazz. She graduated ta the Conservatory of Jazz in Ghent, and post-graduated at the London Guildhall School of Music & Drama in 1998. After participating in various musical projects, including a tour in China, she recorded her first album "Colours" in 2006. Very attracted to standards and classics, she decides to record her 2nd album "Cheek to Cheek" with 13 classics from the 30 ties. In 2011 she moved to Germany, two years later, she released her album “Don’t Explain" with classics from the 40ties, together with the musicians. Meanwhile, she also has a huge passion for Brazilian music, and she released her album "Portraits of Brazil" (Enja Records) in 2016 together with guitarist Hans Van Oost, Luc Vanden Bosch (drums) and Mario Vermandel (double bass). Her talent as a composer, pianist and singer will be featured in her 3 CDs where she composed music on 48 Shakespeare Sonnets. The first album, "Sings Shakespeare Sonnets", was released in 2012 with Thomas Siffling (Mini Bass) and Markus Faller (drums), then "Sings Shakespeare Sonnets 2" in 2014, this time with Rodrigo Villalon on drums. For the third part of her Trilogy, "Sings Shakespeare Sonnets 3” in 2017, and this time it's Jens Düppe on drums.