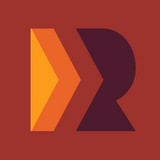 RANGE is a New York City based vocal group and music collective best known for their viral YouTube hit, HAMILTON [in 7 minutes]. Founded in 2014, RANGE has performed on E! Live from the Red Carpet of the Oscars and on Full Frontal with Samantha Bee. They’ve collaborated with Nickelodeon on six music videos, as well as with Billboard, Sesame Street, and Playbill.

RANGE performed their ‘Evolution of Kelly Clarkson’ with Kelly Clarkson at Radio City Music Hall as a part of her Piece by Piece tour. RANGE has performed on stages throughout NYC and sold out their concert at SubCulture in 2018. RANGE's debut album, Range Vol. 1, is available on iTunes, Spotify and all other streaming platforms. For more information, visit www.rangemusic.nyc or follow @rangemusic_nyc