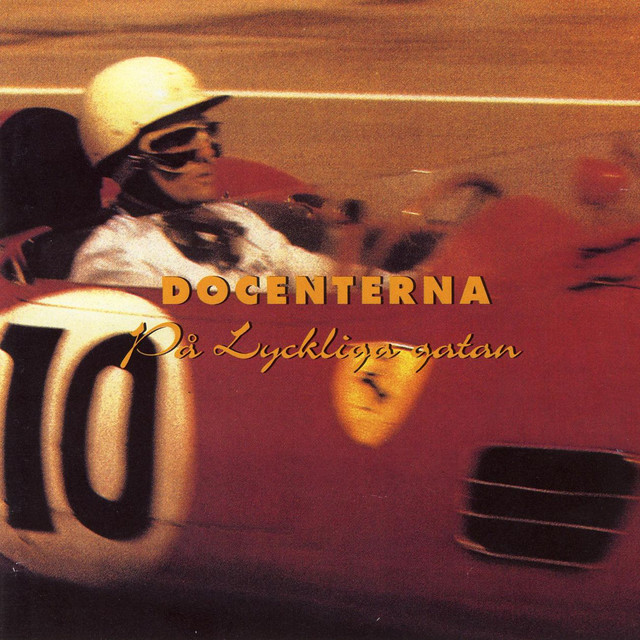 Docenterna received instant fame in the early '80s with their hits "Solglasögon" and "Bensin i Blodet." But even with the release of a number of records and intense touring through the mid-'80s, they never really got past these two songs and were soon seen as mainly a cult band. Initially restricted by their lack of instrumental skills, they developed a simple and catchy up-tempo pop sound that borrowed much from the alternative rock scene, as well as from '60s rock. The lyrics were humoristic but still not without heartbreak qualities. After a dip in the late '80s, Docenterna had a revival in the '90s, but this time as a part-time project. They released a few new albums and toured, but built mainly on their cult status and old material. Docenterna formed as Docent Död in 1979 by Mats Olofsson, Johan Pihlgren, Mats Hillborg, Christian Pihlgren, and Lars Lövgren. The name was chosen because of its punk qualities, and later that same year the band released what would be their only punk record, the single "Sven Jerrings Röst." On their next single, they had changed their style to up-tempo pop, with simple but effective riffs. The A-side, "Solglasögon," was a big hit and would prove their most classic. The following mini-LP contained their other big hit, "Bensin i Blodet," and later that year the self-titled debut album was released. The following years saw intensive touring by the group. Often playing more than 200 concerts a year, they still managed to release a couple of albums. In 1983, Hillborg left for a solo project and was replaced by Mats Möller. At the release of Docenterna in 1986, the band decided to change their name accordingly, skipping Död (translates as death). Möller also left the band to release a solo album that did not receive much attention, and Clas Rosenberg joined, just to quit the next year and be replaced by guitarist Hasse Bie Carlsson. Docenterna now took a three-year break, but returned in 1989 with the sisters Irma and Idde Schultz on extra vocals, and the album Söderns Ros. Docenterna left Mistlur and went to the more mainstream EMI. In 1992, they released På Lyckliga Gatan, which earned them a Swedish Grammy Award for Best Pop Group. When they found out that EMI distributed the albums of a racist band, Docenterna left the company and their next album, Honung, was instead released on MCA to favourable reviews. But during the '90s, the band developed more and more into a hobby project, with the members having other jobs on the side and with few album releases. Their fame in the late '90s was also more based on their status as a cult band than on any new material. Still, they set out on a number of successful summer tours and recruited guitarist Jon Jefferson Klingberg. In 2001, they released Här Kommer Solen, their first EP in some time. ~ Lars Lovén, Rovi