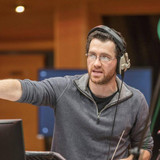 Austin Wintory has built his career on exploring and curiosity. He began his obsession with composing back when he was ten years old, when he discovered Jerry Goldsmith’s scores to Patton and A Patch of Blue. In March 2012, the PS3 game Journey was released, after three years of work. The game instantly became Sony’s fastest-selling PlayStation title, and the soundtrack album debuted on the Billboard charts higher than any original score in gaming history. In December 2012, more history was made when it was announced that Journey had become the first-ever Grammy-nominated videogame score. The score won many awards, and orchestral excerpts and a complete production of the score called "Journey LIVE" (featuring the Fifth House Ensemble) have been consistently scheduled for concert performances all over the world since its release. <br>Subsequent scores for games include ABZU, The Banner Saga 1-3, Monaco, Tooth and Tail, Absolver and Assassin's Creed Syndicate. Austin has also scored nearly 50 feature films, and his first major film score, for the Sundance Film Festival-winning film Captain Abu Raed, was shortlisted for the 2009 Academy Awards for Best Original Score by the LA Times.