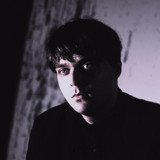 Dro Carey is a musical project by Sydney-based producer and DJ Eugene Ward. He began using the alias at 16 while still in high school, and at 17 he uploaded two tracks to YouTube accompanied by experimental video clips. He was contacted by graphic designer Will Bankhead to release these tracks on The Trilogy Tapes, which was at the time a tape label. A year later in December 2010, just after Ward's high school graduation, the Venus Knock 12" was released. Infectious and inscrutable, it quickly sold through its limited 200 copies. Ward would follow up the record with 3 more Trilogy Tapes releases - another Dro Carey EP and two records from a different alias: Tuff Sherm. 2012-13 were extremely productive for Dro Carey across an array of labels, before eventually self-releasing the 'Vital Trails' EP. He returned in 2014 on the respected Greco-Roman label with the 'Club Injury Handbook' EP, which RA noted as a watershed release, focusing his vision and introducing vocal collaborators in Sydney-based MCs Chocolate and Kid Kairo. Following another break where Ward worked on music video editing, the Dro Carey project returned in 2016 on Soothsayer, where he released the Dark Zoo EP. It featured the single Queensberry Rules in collaboration with KUČKA, and a collaboration with FKL on the title track. He is known for his unpredictable genre turns, strangely sincere interfacing of pop with experimental work and his candid descriptions of the ongoing management of his mental health.