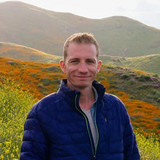 🌱🦉🦉“The truth was always inside.” Spring Owls, meaning “rebirth and wisdom”, is the recording name for singer/songwriter Jesse David Lacy. After releasing his first album (2013) and a single (2016), with the help of a successful crowdfunding campaign and touring it for 4 years, he took a break from music. Using his degree in English, he moved to South Korea to teach. “I was completely immersed into a different culture, without an instrument, bonding with my students, falling in love with non-fiction, and discovering myself without music. It wasn't easy, but perhaps for the first time, I had perspective on my life. It was nutritiously humbling." To revive his second album, Love Evolving, he launched a second crowdfunding campaign, raising over $10k. The first single, “Harder Than Diamonds,” was released September 1, 2020. When the COVID-19 pandemic shut everything down, all production was put on hold again and Lacy lost both his day jobs. With limited income, he doubled down on Spring Owls and used nearly all of his government stimulus to finish Love Evolving and launch his eco-merch. The rest of the songs were split into two EPs and the second single “Bella” - about two kindred spirits crossing paths after decades of searching - released June 2, 2021. 2012 - First Steps - Jesse Lacy (album) 2016 - Pack of Dogs - Jesse Lacy (single) 2020 - Harder Than Diamonds - Spring Owls (single) 2021 - Bella - Spring Owls (single) https://music.springowls.com