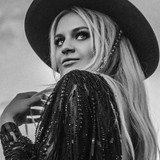 Kelsea Ballerini has consistently made history. Upon the release of her debut album, The First Time, she became the only female country artist to reach #1 with her first three consecutive singles. Her debut has now been certified platinum, sophomore album certified gold, and she has a career total of nine gold & platinum singles certifications, as well as streams exceeding 2 billion to date. Her critically acclaimed sophomore album Unapologetically marked her second Top 5 debut on the Billboard Top 200 and attained her fifth #1 single in four years with the platinum Miss Me More. Ballerini has also garnered two GRAMMY® Award nominations, won two ACM Awards, and took home the iHeartRadio Music Awards honor for “Best New Artist.” In 2019, Kelsea received a CMA nomination for “Female Vocalist of the Year” and an American Music Award nomination for “Female Artist Country.” Most recently, she received a 2020 ACM nomination for “Female Artist of the Year.” This has all paved the way for her third full-length album, kelsea. Marking her most personal effort yet, the album was met with critical praise including NPR who said, “Kelsea Ballerini is definitely one of the most influential women in country right now… she’s defining the sound of the genre.” The debut single from the album, homecoming queen?, was certified platinum, marking it her fastest single to achieve this milestone yet. The album remains the biggest debut week for a country album released by a solo woman in 2020.