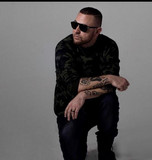 No doubt the first of his kind, Bubba Sparxxx dumbfounded the hip-hop community -- and soon after, the mass market -- when he emerged out of nowhere with Timbaland in late 2001. When his debut single, "Ugly," hit urban radio, it was unmistakably a Timbaland production -- the "Get Ur Freak On" samples being a sort of trademark stamp. This drew initial attention to Sparxxx, who many initially thought of as yet another Dirty South rapper, albeit one lucky enough to be the flagship for Timbaland's start-up Beat Club label. But when the video for "Ugly" hit MTV and Sparxxx's face subsequently began appearing in the press, the dumbfounding truly set in: Sparxxx was not only from the South but was very large -- and white. In other words, he seemed the antithesis of what a rapper was supposed to be, and similar to the overnight success previous white rappers experienced -- Beastie Boys, Vanilla Ice, Eminem -- Sparxxx was suddenly more than just an anomaly; he was a bona fide superstar. While Sparxxx's rhymes initially drew attention to the rapper -- and rightfully so -- you can't help but marvel at his story. Yes, he was white and large. But he was also from the backwoods of the South -- about as far from the streets as you could get. Born Warren Anderson Mathis on March 6, 1977, Sparxxx grew up in the country on a dirt road 15 minutes north of LaGrange, Georgia, a rural town itself 65 miles southwest of Atlanta. As you can imagine, he lived a sheltered youth, with his closest neighbor over a half mile away. Yet it was that neighbor, a black kid, who turned him onto rap via mix mailed tapes from New York. Sparxxx's introduction to rap music was through 2 Live Crew -- a far stretch from Rakim or Grandmaster Flash. It caught his attention, though, and soon Sparxxx began broadening his taste for rap music, taking a particular liking for early-'90s West Coast gangsta rap: N.W.A., Too Short, and Eazy-E. Later, when he discovered Atlanta rappers OutKast, Sparxxx knew his interests were moving into the forefront of his mind. He began writing rhymes at age 15 and would battle with fellow rap-minded students at school. His rapping was more of a hobby than a possible profession for Sparxxx at the time, though. Throughout high school, football took precedence over everything else for the young Sparxxx; he played tight end and linebacker, earning All-Region honors as a senior. When a football career never happened for Sparxxx and a brief stab at college didn't hold his interest, he turned to rap. His break came when he met Shannon Houchins, a staff producer for Jermaine Dupri's So So Def label in Atlanta. In late 1996, Houchins paired Sparxxx with then-So So Def rapper Lil' Devil for a group called 1 Card Shi. Though the duo did record some material together, it never saw the light of day and Sparxxx began pursuing a solo career, working with Houchins again in 1999 on some songs. These recordings resulted in the 12-song Dark Days, Bright Nights indie release on Sparxxx's own Nocents Records. After moving a surprising number of units after getting radio play in the surrounding Georgia area, Nocents became 11th Hour Entertainment, and the album fell into the lap of Interscope Records head honcho Jimmy Iovine. Iovine liked what he heard and flew Sparxxx out to California to discuss a label deal. Offers soon came in from a number of labels, and suddenly Sparxxx's breakthrough seemed just on the horizon. He decided to stick with Iovine's Interscope empire and soon found himself working with Timbaland. Over the course of two weeks, the two recorded six songs and Sparxxx also worked with other producers like Organized Noize and Houchins. "Ugly" became the lead single; an all-important video communicating Sparxxx's rural white country-boy background hit MTV; the evidence of his breakthrough came when the Interscope version of Dark Days, Bright Nights debuted at number three on the Billboard chart, making him the next in a short list of overnight superstar white rappers. The follow-up, 2003's Deliverance, was an introspective album that found favor with critics but failed to sway the public. OutKast member Big Boi was a big fan of the album and felt it should have been a hit, and that it was just handled improperly by the label. He came to the rescue by signing Sparxxx to his new Purple Ribbon imprint and releasing the rapper's third album, The Charm, in 2006. Sparxxx landed on the Average Joe's label with his 2013 release, Pain Management, an album that featured guest appearances from Colt Ford, the Lacs, and others. The introspective effort was followed in 2014 by Made on McCosh Mill Road, a more party-minded release with Danny Boone, Lamar Williams, Jr., and others on the assist. ~ Jason Birchmeier, Rovi