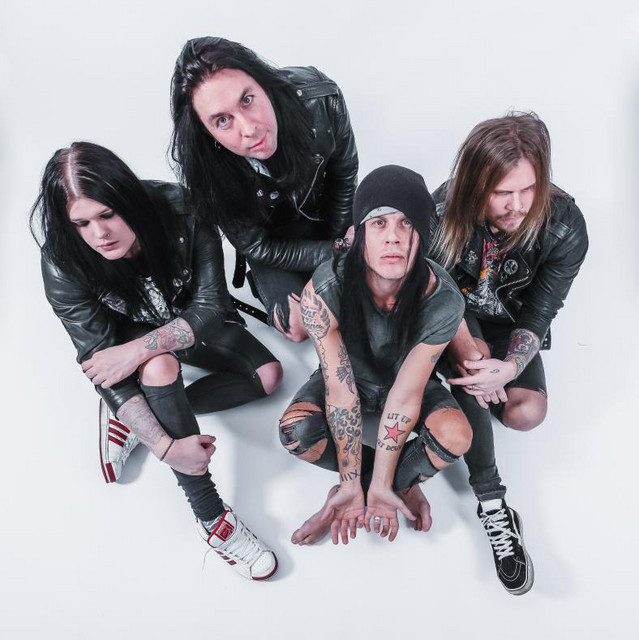 With over 1 million streams on Spotify for their first few self-released singles and the international recognition for their insanely intense live shows, The Cruel Intentions present a unique blend and a modern day Guns N’ Roses meets Sex Pistols meets Buckcherry style. The Cruel Intentions was founded in the wake of 2015, by Mats Wernerson, Lizzy DeVine, Kristian Solhaug and Eiliv Sagrusten, whereas Eiliv has been replaced as a drummer, by Robin Nilsson. All of the members have been involved with different bands previously; Notably, Lizzy DeVine lived several years in Los Angeles where he was the singer and songwriter of Vains of Jenna, a band that got their breakthrough with performances in the movies Jackass/Viva La Bam/Kat Von Dee’s LA Ink, together with touring multiple times throughout the states. He takes with him the atmosphere from his experiences, and blends it into a nuance of the no-fucks-given culture from that American era.