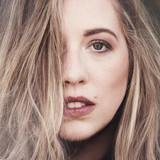 Katy Weirich (pronounced y-rick) is a singer, songwriter and worship leader, whose music lovingly delves into Weirich’s own experiences of being perfectly loved by her Savior. An autobiographical songwriter, Weirich pours herself into each song, drawing on her love of scripture to create songs that glorify God and celebrate the infinite love He has for His children. Her debut EP 'Out of the Blue' produced by multi GRAMMY® Award-winning producer Tedd T. is set to release in 2022. Her debut single from the EP, Fear Not, which released in 2019 has over 70,000 streams on Spotify and over 100,000 views on YouTube. Her Christmas single 'Joy to the World (Hallelujah) has well over 25,000 streams on Spotify and has seasonal rotations at over 50 different AC radio stations in both the United States, Australia and Canada.