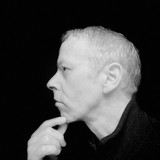 SinusFiction is an electronic music project of Sies Kranen, an indie musician. Having done other music adventures in the past, like Diamond Crane with his brother Ben, SinusFiction is a solo project focusing on electronic music. Expect electro to dance to pop, always with some kind of vocals. Sometimes with a piano or strings as the main part of a track and sometimes with bass & drums pumping your speakers. The first album Relieved was released some time ago, and while several new tracks were released though different platforms, it took some time to produce another full length album. But now it’s here: Who Needs Privacy!