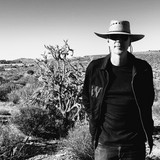 NEW RELEASE COMING SOON!   Kelly Pardekooper is an American songwriter and singer. An Iowa City native, he currently resides in Las Vegas, Nevada. He's released nine albums and toured all over the United States and Europe, showcasing his songs everywhere from SXSW in Austin to the Take Root Festival in Holland. His songs/voice currently work in 40+ films and television shows. Kelly Pardekooper writes songs and tries to treat people well!   A roots musician who writes some of the sweetest blues-infused, country-fied, American rock music of our time. - No Depression   A moody alt-country original. - Nashville Scene   While you might not know the name, you most likely have been among the millions of people who have heard his songs, thanks to shows like True Blood, Sons of Anarchy and Justified. - No Depression   Kelly’s bad-ass, roots music was a perfect fit for True Blood! - Gary Calamar, True Blood Music Supervisor   The reason Kelly’s music appeals to me is a visceral one. You can actually feel the pain and struggle as well as the self reflection in his music. Not unlike a great painting, Kelly’s music is something that grabs you by the chest and says LISTEN TO ME. - Bob Mair, Black Toast Music Publisher   Whether he’s doing the indie rock thing or the country rock thing or the singer/songwriter thing, Kelly Pardekooper writes lyrics that ring so authentic and true it gives you goosebumps and his latest album, Milk In Sunshine is his best yet. - Americana Music Show