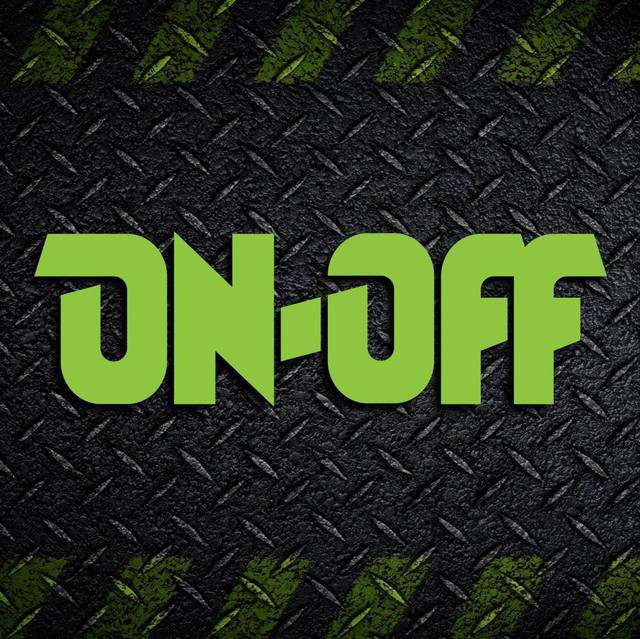 ON-OFF born in 1999. In 2010 the band published RIBCRASHER, their debut album, recorded with the collaboration of PAOLO DAL BROI, producer of PUNKREAS (one of the bestsellers punkrock band in Italy) and GIORGIO ANDREOLI, sound engineer with a huge experience with some famous italian artists. The band started a promotional tour in Italy and Switzerland, cashing more than 50 reviews on italian and european magazines, interviews, radio passages and selling nearly 1,500 copies of their first album. RIBCRASHER received also another distribution in Switzerland with the label P!NO MUSIC of Zurich. In April '12, with the same production team, the band “put out” the second album: DON’T FORGET THE ROLL, a raw and powerful album recorded “old school” by playing together drums, bass and rhythm guitar, to better preserve the live-band imprint, a special trait of the group. This time ON-OFF worked with BUIL2KILL RECORDS Label headed by TREVOR, the historic frontman from SADIST. The 2012/2014 period is characterized by a long promotional work: ON-OFF succeed as opening band of artists likes KEE MARCELLO, MARKY RAMONE, ’77, played in METALITALIA Festival after LORDI and back again to Norway for a couple of gigs in May 2012. Band's third album: BORDERLINE was released in April 2016 with the historic production team and with the help of ALBERTO CUTOLO from MASSIVE ARTS STUDIOS (Milan). September 2018, ON-OFF published the single "DOSE OF SPEED", a friendly tribute to Classic Formula 1 Legends.