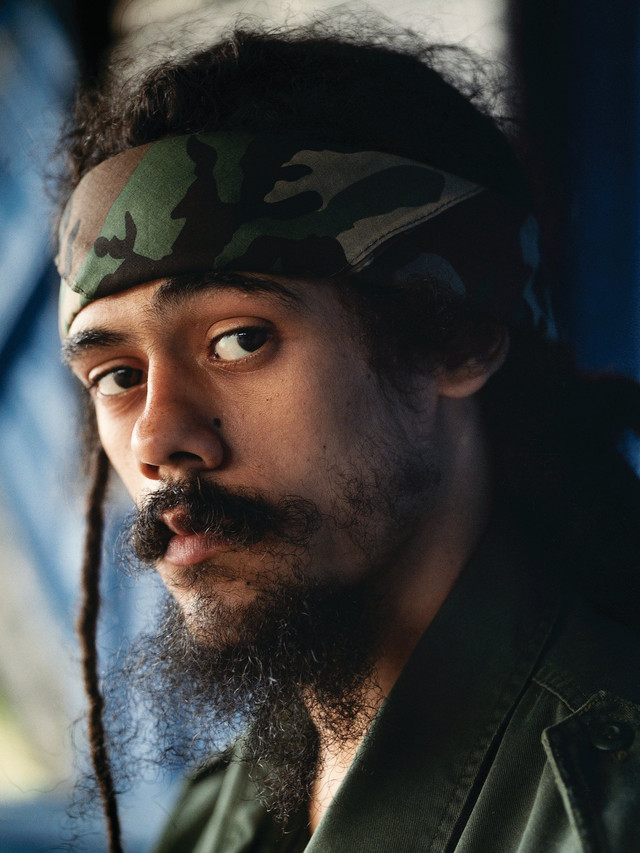 The youngest son of Reggae legend Bob Marley, Damian “Jr. Gong” Marley garnered his own place in music history when he became the first ever Reggae artist to win a GRAMMY outside of the “Reggae” category, taking home an award for “Best Urban/Alternative” performance for his title single, “Welcome To Jamrock”. The acclaimed 2005 breakthrough disc Welcome To Jamrock, also won a GRAMMY for “Best Reggae” Album. Marley has been shaking up stages all over the world for the past few years, first in collaboration with Nas on their Distant Relatives project, and then when he went on to partner with Skrillex for their groundbreaking track “Make It Bun Dem,” which Rolling Stone called “a monster mash up of dubstep and dancehall.” Marley’s latest album Stony Hill won the 2018 GRAMMY Award in the Best Reggae Album category. Additionally, Damian appeared on Saturday Night Live alongside Jay Z to perform their stand out track “Bam,” and he is also featured on Ty Dolla $ign’s acclaimed track “So Am I” with Skrillex. Most recently, Damian released the remix and music video for his single “Medication” featuring Stephen Marley, Wiz Khalifa and Ty Dolla $ign.