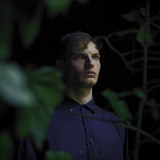 Hertfordshire singer-songwriter Cameron Jones has released new single Love You Save Me today, which follows recent single Let Me In and his debut EP My Omen. Influenced by the likes of Bon Iver, Elliot Smith and Jeff Buckley, Cameron Jones has a unique sound that is distinguished by his emotive and powerful one of a kind voice. Already gaining support from BBC Introducing and Amazing Radio, Cameron introduced himself at the end of last year with his stunning track Rose and followed this with the release of his EP My Omen, featuring the singles Call It Off and Shine To Rust. Cameron has now clocked up over 1 million plays on Spotify for his releases so far. Love You Save Me is a passionate song about love and knowing it’s wrong but not wanting to let go. Produced by Ian Grimble (Mumford &amp;amp; Sons, Daughter, Matt Corby), the track intricately builds before powerfully escalating into an impactful and emotive chorus. Cameron says; “Love You Save Me is about how we can often find ourselves living for too long in very destructive relationships because we feel the pain of leaving that person outweighs the hurt of staying with them. Essentially love and who we love is rarely a choice which makes it very hard for us to deal with when we see it dragging us down.” Cameron sold out his debut live show at the intimate Servant Jazz Quarters back in May and recently performed a packed out gig at Paper Dress Vintage. He will be announcing further live shows and music soon.