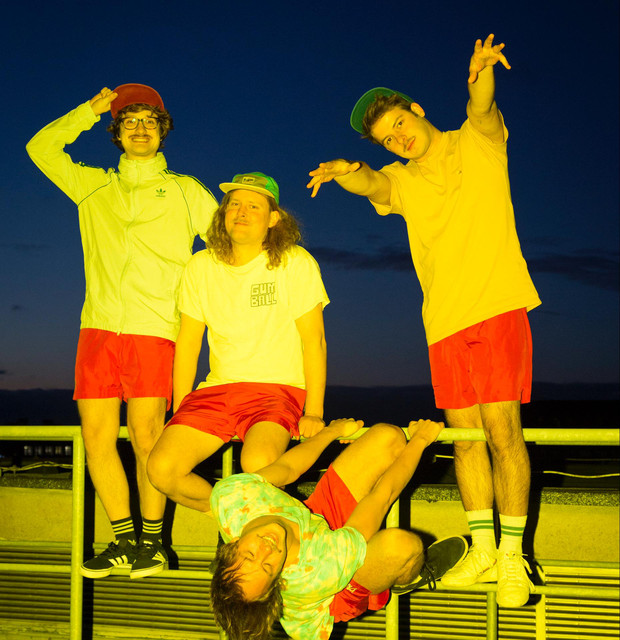 Hey A&Rs, we’re working on our debut album & we’re not signed yet :) we played Live at Eurosonic 2021 & Reeperbahnfestival 2020*   Drens is a wild surf punk four-piece from Dortmund, Europe’s capital of mustache style! While they originally met in late 2017 right after studying sound at university, through a shared love of lo-fi harmonies and halloumi sandwiches, they now released their highly anticipated debut Pet Peeves EP right in the middle of isolated times and a snatch of spring sunshine.   The following scenario: A city in Technicolor, aquamarine blue sky, green grass with flamingos stalking it. The sound of waves, laughter from afar, beach scenes. But the longer you stare into this scenario, the more glaringly the sun shines, the more shrill the laughter clangs. It could all be so beautiful, but a small, evil cloud obscures the view, a stone is stuck in the shoe. Careful, spoiler alert - this is how Drens succeed in a rare balancing act with their songs: The eye for the shitty things is awake and sharpened and still doesn't get blind for all the beautiful and good things.In the end, Drens stride hopefully into the glaring sun. This warmth and attention to detail give the lyrics a bitter-sweet lightness, Joy Divison in a Hawaiian shirt, surfing off a burning shore. The shimmering live energy is cast into shape here, transforming barren suburbs into Southern California teenage utopias. Isn't this the best step for this new decade?