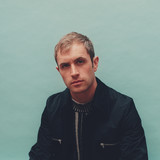 Kidnap first gained recognition by winning the iTunes Best Electronic Track in 2012 with his release Vehl.

In pursuit of artistic independence, he launched his Birds That Fly imprint in 2015 with Moments featuring Leo Stannard. 2017 was a profound year for Kidnap, both personally and with his career. Having gone through a year of change and reflection, it was time to drop ‘Kid’ and release under Kidnap. Kidnap then became an Ambassador for Corona Sunset Sessions in 2018 which saw him travel around the world playing shows in extraordinary locations, from rocky beaches in southern Italy to Mountain summits in Canada. Kidnap also added further releases, Ashes EP, Ursa Minor & Turn2U to his catalog. However, it was 2019 that saw the most pivotal year of Kidnap’s career. This would be the year that the London based producer would release his finest body of work to date. His debut album, ‘Grow’. Kidnap has enjoyed a momentous year in the lead up to the release of his first album. Its title song saw the return of Leo Stannard on vocals.