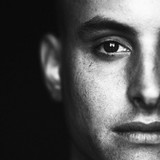 MAKJ—real name Mackenzie Johnson—was first exposed to DJing as a teenager racing cars professionally in China, and upon his return to the United States after two years abroad, he was determined to learn the craft for himself. MAKJ taught himself the basics thanks to YouTube and a set of used turntables, and after joining Los Angeles’ Icon Collective production school and learning to mix records from the late, legendary DJ Am, Johnson embarked on a series of successful collaborations with some of the hottest names in the DJ and EDM world, including Hardwell (“Countdown - Original Mix”); Lil Jon (“Let's Get F*cked Up,” 2014); the Bassjackers (“Derp,” 2014); Andrew W.K. and Timmy Trumpet (“Party Till We Die,” 2016); ("Shakalaka (Steve Aoki, Deorro, MAKJ & Max Styler)," 2018); and Deorro and Quintino ("Knockout," 2018). Johnson has played at some of the largest and most prestigious music festivals in the world, including Coachella, Voodoo, Electric Zoo, and Ultra. Although he remains passionate about performing live sets as an open-format DJ, Johnson has expanded into producing original tracks for other artists, developing a sound that goes beyond the EDM world in which he first gained recognition. His style focuses heavily on incorporating elements of hip-hop and other musical genres.