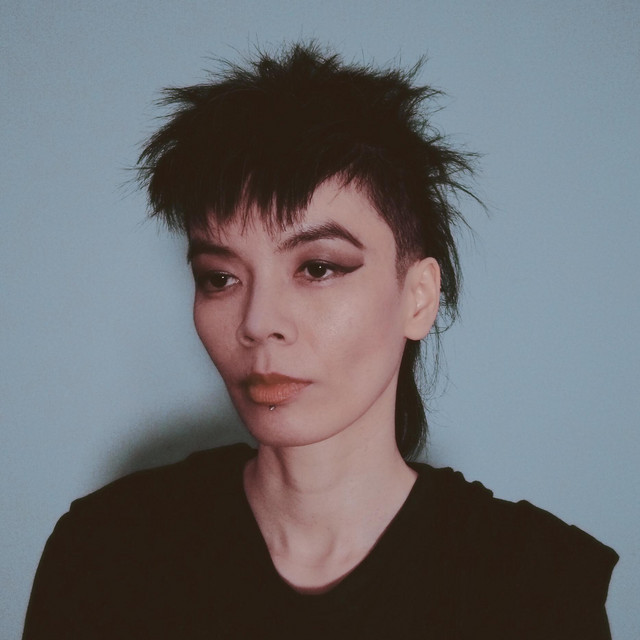 NAVEL4EVE utilizes DIY technologies to craft rhythms & melodies electronically; melding them with seductive, charismatic vocals and approaching it all with an unorthodox, autodidactic view where personal expression is the overriding priority. Predominantly experienced live, NAVEL4EVE’s subjects and sophisticated compositions on one end of the spectrum playfully promenade around poppy, kitsch structures & lyrics–yet irreverence and genuine disposition elevates the music to something both empathic and infectious. Apparent on the debut 2002 release GOGOGO EP is a fusion of numerous styles, opposite the neotenic; running the gamut from tenebrous and cynical to obliquely sinister. ... The delectable NAVEL4EVE spewed forth the FREAKSHOW EP in 2006: the guitar-textured, thick-synthed non-linear vanguard of the coming Titanomachy fought by 2011’s GO HOME debut full length album. NAVEL4EVE has officially proven that one can be successful while countervailing the sere morselation of coeval vogues, that claptrap of range-flattened mainstream conformist gewgaws. Both the precocity and celebratory cerebrations of elite musician NAVEL4EVE have won out, and the formerly cloacal world of unwashed masses will never be the same. Also released SEX MAKES SONG EP in 2008, EVE PRIME EP in 2015 and SPOOKS EP in 2021.