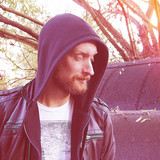 Guillotine Sunbeam is the new project from Yoni Collier. Dark, emotional and atmospheric; this is a musical left-turn from Yoni’s previous project - electronic act Deuce & Charger. ‘Bars Beneath Your Skin’, the debut Guillotine Sunbeam single, was released on March 30th, 2018 and has been supported by BBC Introducing and numerous blogs. Deuce & Charger made a rapid rise through the ranks of drum and bass from late 2015 with performances at Let It Roll Festival and releases on Viper, Liquicity and Mayan Audio. The trio were playlisted on 1Xtra, played on Radio 1 and Kiss Fresh and featured in Mixmag and DJ Mag, but towards the end of 2017 Yoni felt it was time to go his own way, and Guillotine Sunbeam was born. On November 2nd 2018, Guillotine Sunbeam released the three-track 'Fever Dream EP'. A record that ranges from agitated post-punk, to devastating piano-led melancholy; the EP shows the remarkable range that this artist is capable of. A British music producer, now living in the Netherlands; Yoni writes, plays, sings and produces all of Guillotine Sunbeam's music.