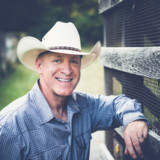 Long before Jason Aldean and Brantley Gilbert entered the scene, Jolin had earned the moniker “Rockin’ Rollin’ Johnny Jolin” for his screaming guitar solos during the least expected songs such as covers of Garth Brooks “The Dance” and Bob Seger’s “Turn The Page”. Johnny’s epic solos are probably most associated with his unforgettable live version of Chuck Berry’s classic “Johnny B. Goode”. In 2011, Jolin scored a Top 10 hit when “Thank God” peaked at #6 on the Powersource Country Top 100. Johnny Jolin is as storied as a super hero from 'Boys Life' magazine and as relentless as a heat-seeking missile. The US Army veteran has achieved hit songs, performed for hundreds of thousands, shared the stage with legends like Randy Travis and Steve Wariner and even tagged a Pennsylvania record whitetail. Only time will tell where his next adventure will lead, but where ever it goes you're invited to tag along!