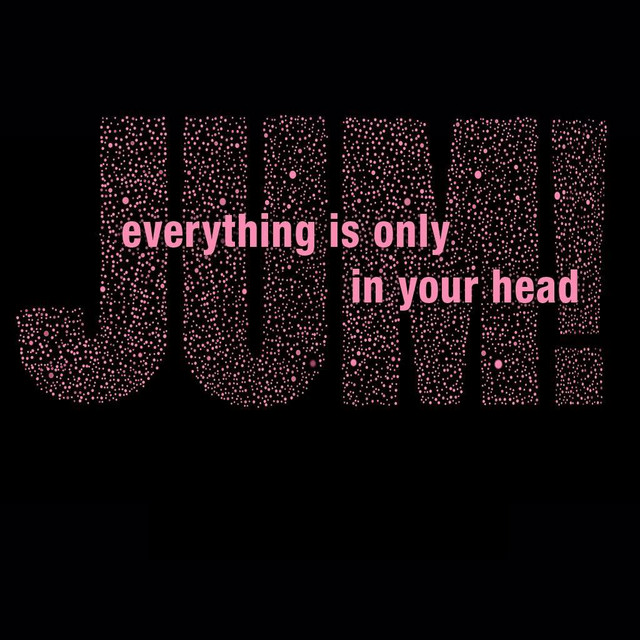 JUM! emerged at a birthday party as a project for three friends to have a good time, from there it evolved until it consolidated into a rock duo, which in 2018 released its first album. Meri, sound technician, guitarrist and vocalist, is the composer of the songs, and Javi, meanwhile, is a recording technician, direct technician, music producer and professional ex drummer: tired of setting up and breaking down kits during the years now plays virtual drum “aerodrums” with JUM! In this, their new work "everything is only in your head" we can find not only songs in English, as they had done until now, but also a song in Spanish and another in Basque. This new album talks about being able to start from scratch and find that restlessness, that passion, that motivates you to change, to get out of a situation in which you do not want to stay any longer. The solution is in your head, because depending on how you look at things, everything changes. The single I DON'T NEED YOU is a sarcastic way of telling someone that you don't give a shit what they say or think about you, it's a criticism of those who cruelly criticize without knowing anything about others, it's about being able to be free in any way you want. You've had a bad time, but now you don't care and all you want to do is dance.