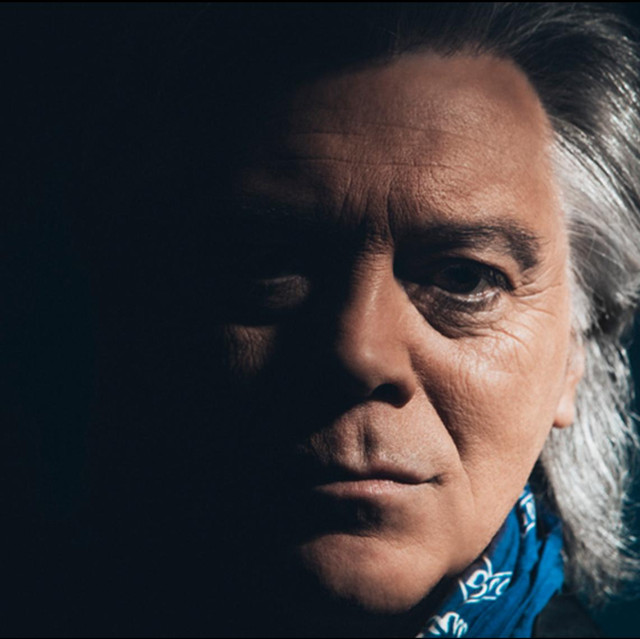 One of country music's most historically minded new traditionalists, Marty Stuart is also one of its more flamboyant showmen, supporting his party-hearty image with a wardrobe of rhinestone-laden Nudie suits. Despite his fondness for flash, Stuart was one of the most eclectic country artists to rise to stardom in the '80s, moving between honky tonk (1994's Love and Luck), rockabilly (1986's Marty Stuart), country-rock (2003's Country Music), traditional country (1992's Let There Be Country), Western music (2017's Way Out West), gospel (2005's Souls' Chapel), and bluegrass (1982's Busy Bee Cafe). Stuart easily balanced the various sides of his musical personality, with his love of country music's past and present the common bond between it all. Stuart was born in Philadelphia, Mississippi, in 1958 and grew up obsessed with country music. He learned guitar and mandolin as a child and by age 12 was performing with the bluegrass group the Sullivans. He soon met Lester Flatt bandmember Roland White, which led to an invitation to play a Labor Day gig in Delaware with the band in 1972. Flatt invited Stuart to join the band permanently and took responsibility for overseeing the teenager's continued education. Stuart stayed with Flatt up until the legendary bluegrass master broke up his band in 1978 for health reasons; he passed away the following year. Stuart moved on, playing with fiddler Vassar Clements and guitarist Doc Watson while doing session work, and was invited to join Johnny Cash's backing band in 1980. In 1978 Stuart had released his first LP, With a Little Help from My Friends (re-released in 1992 as The Slim Richey Sessions), but in 1982 he stepped out to record a more high-profile solo album, Busy Bee Cafe, an informal jam session for Sugar Hill with guest spots by Cash, Watson, and Earl Scruggs, among others. The following year, he married Cash's daughter Cindy. He left Cash's band in 1985 to pursue a solo career. He signed with Columbia and released a self-titled label debut album in 1986. Despite a Top 20 country hit in "Arlene," the record didn't sell very well, and Columbia refused to issue his completed follow-up, Let There Be Country. Stuart's marriage also broke up in 1988, and he returned home to Mississippi to gather his wits. Jerry Sullivan invited him to rejoin the Sullivans as mandolinist, which recharged Stuart's confidence for a return to Nashville. Stuart landed a deal with MCA in 1989 and released his label debut, Hillbilly Rock, later that year. This time he was more successful, landing a Top Ten hit with the title track and earning positive reviews from critics, who compared his sensibility to that of Dwight Yoakam. Released in 1991, Tempted was successful critically and commercially and spawned three Top Ten hits in the title cut, "Little Things," and "Burn Me Down." In the wake of Stuart's breakthrough, Columbia finally released Let There Be Country in 1992. Stuart also completed his official follow-up, This One's Gonna Hurt You, which featured a Top Ten hit in the title duet with Travis Tritt, and became his first gold albums. Though he'd earned a fervent following, Stuart found these successes hard to duplicate -- 1994's Love and Luck saw his sales slipping, and perhaps in response, MCA issued the hits and rarities compilation The Marty Party Hit Pack. That in turn led to a series of Marty Party concert specials on the Nashville Network. However, 1996's Honky Tonkin's What I Do Best failed to win the wide critical acclaim of its predecessors. Stuart was already moving on to other concerns as well. He'd acquired an extensive collection of country memorabilia by that point and in 1996 won his first term as president of the Country Music Foundation (which oversees the Country Music Hall of Fame); he would serve in that capacity through 2002. He also remarried in 1997, to fellow country singer Connie Smith (who'd first made an impression on him during his teen years). When he returned to recording, it was in 1999 with The Pilgrim, a concept album based in country tradition, yet with a distinct progressive inclination. Despite strong reviews, it didn't sell well, and Stuart later parted ways with MCA. He went on to sign with Sony's Nashville division and released his label debut, simply titled Country Music, in the summer of 2003, followed by Souls' Chapel and Badlands in 2005. A live bluegrass record, Live at the Ryman, appeared early in 2006. Stuart returned to recording in 2010 with a fast-paced traditional honky tonk album called Ghost Train: The Studio B Sessions, recorded at RCA's legendary Nashville facility, his first release under a new deal with Sugar Hill Records. His second album for the label, 2012's Nashville, Vol. 1: Tear the Woodpile Down, was a follow-up of sorts to Ghost Train. In 2014, the exhibition American Ballads: The Photographs of Marty Stuart took place at the Frist Center for the Visual Arts in Nashville. Its catalog was published as a hardcover book. The musician followed it up with a double concept album entitled Saturday Night/Sunday Morning, devoted to traditional country and gospel. The recording was issued on September 30, 2014. Next, Stuart and his band the Superlatives teamed with producer Mike Campbell -- best known as the guitarist in Tom Petty & the Heartbreakers -- to pay tribute to California country & western. Appropriately titled Way Out West, the album appeared in March 2017 and featured the single "Whole Lotta Highway (With a Million Miles to Go)." For Record Store Day 2018, Stuart released Way Out West -- Desert Suite (Trip One), a vinyl-only EP of rare archival material including a performance of "TB Blues" featuring Merle Haggard. Later that year, Stuart and the Superlatives teamed up with Roger McGuinn and Chris Hillman of the Byrds for a special concert tour celebrating the 50th anniversary of the release of the Byrds' country-rock milestone Sweetheart of the Rodeo. ~ Steve Huey, Rovi