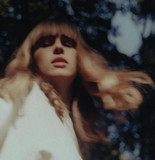 Marianne Engebretsen is an artist, songwriter and producer who bravely pushes and renews the limits of the pop genre. Captivating, wise, cinematic, RnB, with roots in the wildness of nature – conveyed by a voice that touches your heart. Marianne grew up at the west coast of Norway, surrounded by the ocean and an always changing climate. This has affected and inspired her into creating that characteristic sound: soaring, tender and catchy pop. The music industry knew her already by her release concert in Oslo back in 2017. At the sold-out show, the album Redefined was brilliantly received. With this album, Marianne also reaffirms her status as a songwriter and artist with a lot to bring to the table. Her debut opened doors in her home country as well as abroad, with both media coverage and radio rotation. It’s been six years since Marianne sang her way to the semifinals in the Norwegian version of the TV-show The Voice. Since then, she has been living up to the expectations of a bright future and music career. After the releases of Summerdays and Skeleton, the expectations are even higher with the new album coming up.