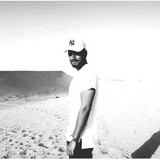 Italian Dj & multi-genre Producer, based in Switzerland. Passion for music developed at the age of 13. In 2013 he received his first confirmation by publishing the first EP. In the following years, he devoted himself to several remixes and mashups and received positive feedback and support from international Djs like Timmy Trumpet, R3HAB, Borgeous,QuintinoKura and many more. Thanks these results, he became a Resident DJ in one of the largest discos in Sout. Italy. At the same time, he organized two big party that were a big success, thanks this ever more people started to follow him. During the summer of 2015 he met Lei N. a Swiss singer and in the summer of 2016, they started together a music project called LP'S & Lei N. Thanks the Universal Music, they released 4 Single, "Where We Go" , "How Much i Love You", "BAILA" and "Talk to Me". In 2018 the single "BAILA" has been included in the charts of "Radio Swiss POP" a Swiss Radio.

In this year he worked also on a remix for a Canadian Singer "Michelle Joly, LP'S - Preach Remix" . In 2019 he worked on a Single "BVMPS ft. Lei N. - Escape" for Reload Records(Sony Music). The single was release in 2020 and has been included in many playlists, including the official playlist of the famous Netflix TV series "ELITE".He is currently involved in several project with many artists and in the solo project of LP'S dedicated only to the productions of electronic music.