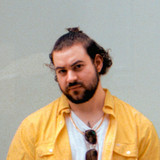 Fusing together unusual musical styles is what Haelphon does best. Echoing iconic artists ranging from Avicii to Mac Miller, the twenty-four-year-old Boston-born, NYC-based artist has managed to develop an incomparable electronic sound through continuous experimentation, while still building a brand based on unique stylistic fluidity and authenticity. After emerging in 2016 with his debut single The People I Love featuring Canadian singer AML, Haelphon would release music along a tropical house arc for three years, until the delivery of his first full-length album ‘Haelphonics’ in 2019. Haelphonics, self-declared by the title artist as a half-baked production, stood as a solid concept of how far he could truly take electronic experimentation in the modern era. In recent years, his expansive catalog of tracks has appeared in an array of global media, including many of America’s television networks (most notably Bravo's Emmy-nominated reality series Below Deck) and in promotional spots for some of the world’s most recognizable brands, ultimately proving that his untraditional sound does indeed hold true commercial viability. As of 2020, Haelphon has set out to complete his first studio album, enlisting the help of Queens-based record producer AJ Pillette. This past July, his third single Stranded made its debut, propelling forward the anticipated release of his upcoming summer EP 'In Transit' featuring Paris Heart and Annie Moffitt, coming August 27th.