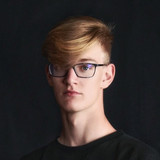 howl. is a 17-year-old Belgian producer known for releasing music on Bass Rebels, Electronic Records HQ & Tribal Trap. He makes all kinds of electronic-based music and studies at an art school, currently being in his senior year. His songs have been supported by some bigger artists such as; Duskus, Fabian Mazur, Panda Eyes, Ian Munro, Uplink, The Fifthguys, Nemesy & MOONBOY. He started in 2013 and is still pushing to make it his career. His latest release Believe is about a toxic relationship. The girl, who is represented through the vocals, does everything in her power to keep the relationship going and remembers when times were good. While the boy, who is represented by the drop, ignores all the signs and keeps doing what he wants.