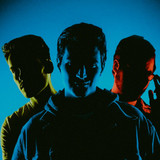 LIKE A FLOWER, YOU DON'T LOVE IT, YOU LEAVE IT. September Stories is a multi-genre band hailing from Cincinnati, Ohio. The band started as an acoustic spoken word project with their initial release "Unopened Letter". The band moved into the emo/rock territory with similar bands like Being As An Ocean and Hotel Books with their first LP release "This House Was Never Home", combining spoken word with catchy hooks as they discovered their sound. From there, their triple EP release "Like A Flower, You Don't Love, You Leave It" has made their sound rise above being an emo/spoken word band, and into new alternative territories. They broke new ground with songs like "XX" which they combined their sound with a new world of electronic, darkness. Showing that they are more than simply guitars and drums, and that any influence could work into their sound.