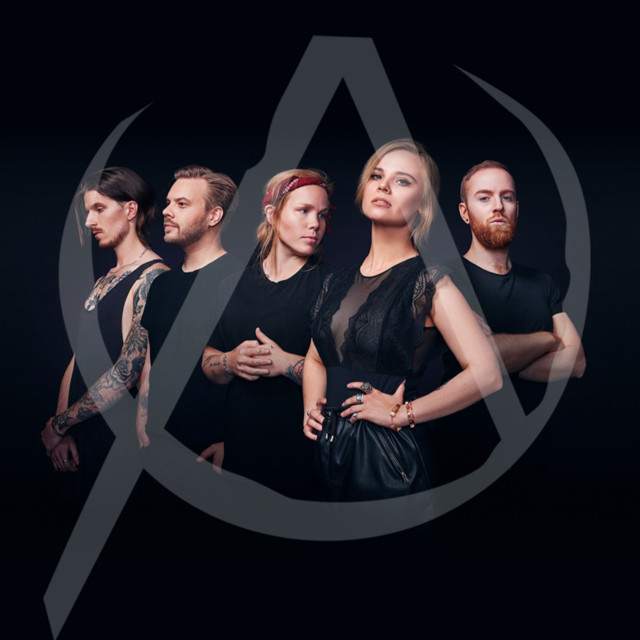 For the too loud and the too quiet. For those who call themselves weird. We are Aldrovanda. The formation of Aldrovanda was no less than fated. Five musicians, based in Stockholm, Sweden, from vastly different musical backgrounds found each other in mid 2019. Their ongoing objective is to take the listener on an unpredictable and emotional adventure. One need only follow along. As the entire world went into lockdown, so did Aldrovanda, right before their first planned live show outings. Instead they focused wholeheartedly on creating the music of the future, resulting in several acclaimed singles released during 2020, with more looming just around the corner. With the song “Magnetized”, Aldrovanda kicked the door in. The song “Touch” made a pass at you. And the song “That Kiss” cradled you in the corner. Their first cover, "Life", introduced their first music video, and they began 2021 with their emotionally shifting single "Shadows Remain". This journey has just begun. Vocals - Sanna Wallin Guitar - Gustav Björk Guitar - Rebecca Mardal Bass - Jacob Ryding Drums - David Schlein-Andersen