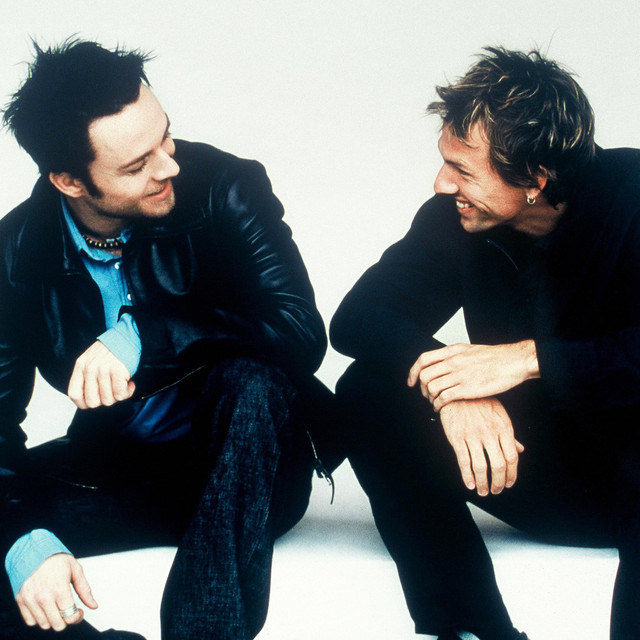 Australian pop duo Savage Garden have taken the world by storm without the record company hype and career-establishing game plan that is often the background for pop-oriented acts. Daniel Jones comes from a long line of musicians. When he was ten, he was already playing the keyboard and drums in bars and hotels. Darren Hayes' show business experience extended no further than his involvement in many school plays. When Jones and the band he'd started with his brothers advertised for a singer, the inexperienced but enthusiastic Hayes was the only hopeful to answer. He wasn't what was needed for a covers band playing the Gold Coast resort area of Queensland, but Hayes inspired a different flame in Jones and the pair broke away to start writing original songs. Calling themselves Crush, they sent 150 demo tapes all over the world and waited patiently for replies. The only positive response came from Australian music identity John Woodruff, who had previously managed the Angels and Baby Animals. Woodruff secured a deal with film distributor Roadshow's record label offshoot, an independent distributed by Warners with no proven track record. He put the duo in the studio with Australian producer Charles Fisher, who had previously created international breakthrough hits for Air Supply and Moving Pictures. The first single, "I Want You," released in July 1996, reached number two behind the dance craze hit "Macarena," but was followed by consecutive number ones with "To the Moon and Back" and "Truly Madly Deeply." When the self-titled debut album was released in April 1997 it entered the charts at number one and notched up 13 weeks at the top, the third longest stay for any Australian-made album. In the meantime, a Dallas radio station had started playing "I Want You" and the duo was signed to Sony's Columbia imprint. "I Want You" and "Truly Madly Deeply became worldwide hits, the latter achieving number one in the U.S. in January 1998. The album sold 11 million copies globally and earned Savage Garden ten Australian ARIA Awards. Hayes and Jones dealt with their success in their individual ways. Singer Hayes amicably ended his marriage, moved to a New York apartment, and rubbed shoulders with his peers. Daniel Jones stayed in Brisbane wishing he could just write songs and make music in the studio. The second album, Affirmation, was basically written by phone and computer from their separate corners of the world. The album was produced in Los Angeles by award-winning Walter Afanasieff, known for his work with artists such as Mariah Carey, Celine Dion, and Barbra Streisand. In January 2000, the album's lead-off single "I Knew I Loved You" gave Savage Garden its second U.S. number one. ~ Ed Nimmervoll, Rovi