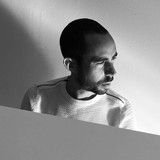 Jordane Tumarinson is a french composer. For him, the piano is a laboratory that stimulates his curiosity as an explorer. Music must be able to express sensations linked to his own autobiographical experience. His approach to music is very refined and sensitive, from his own words: “I started touching the keys, playing the notes together and finally I started to feel what I had in mind. I play and compose for myself: at the piano I feel free, calm and relaxed. I experience music with a great feeling of well-being. Emotions and positive feelings that I translate in my music and that I want to convey to those who listen ».   Strongly influenced by nature in life as in art, Jordane Tumarinson is also the bearer of the ambitious project of Uto’pians, a compilation to which composers from all over the world are invited each year and of which part of the profits are donated to an association for the protection of nature.  Now signed on the famous independent label Naïve Records, Jordane Tumarinson is about to release his sixth album, « Odyssée », in 2022.  www.jordanetumarinson.com