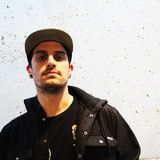 Drawing inspiration from his roots of fidget house in 2008 combined with intricately interwoven drum styles of trap and breaks of the next decade, Jvckpot has his mind set on retaking his hometown of Denver, Colorado. Originally a founding member of the Denver based production collective Got Bass Music, Jvckpot has returned with a new alias garnering support along the way from friends and local favorites. This veteran house connoisseur will have the dance floor bouncing no matter the occasion. Combining elements of house, breaks, dubstep and trap, he maintains an immersive and eloquent mix across the board. Recent success has seen him on the mainstage of Cervantes Masterpiece Ballroom as opening support for Slynk and Stickybuds (2016), as well as headlining act for the CID Initiative’s 420 Party at The Black Box (2019). Today, he is excited to share the next chapter of his life with the world while dancing as hard as possible. Stay tuned and stay high!