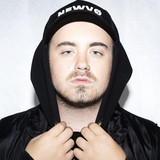 Jack Rose unleashes his most powerful single to date, a stunning cover of Oliver Heldens & Becky HillGecko (Overdrive) - Radio Edit his previous two singles both charting in the Official UK Music Week commercial pop Top 10, this anthemic track looks set to propel Jack to his third consecutive hit and has all the hall marks of being a chart topper in the making.   This cover follows on from the recent success of Jack's original singles Better on My Own which reached No 6 in the Music Week UK Official commercial pop chart, and powerful pop anthem with Rockstar which was backed by an all-star cast including Radio 1's Charlie Hedges , Luis RumorèMajestic, Kiss FM), Eddie Craig (Wideboys), Rick Live and more.   After Jack graced the front (and back) cover of the music industry’s most respected and trusted Music Week magazine, as well as being championed by the Official Charts Company, as "The One to Watch", the critics are for once in agreement that this upcoming star is a force to be reckoned with.   You can find and follow Jack Rose on Spotify, Tik Tok (@JackRoseReal) and Instagram (@jackrosereal).