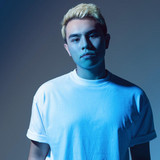 Carta increased his musical influences through residencies in China’s top nightclubs and features in almost all large venues in Shanghai, to kicking off one of the largest EDM festivals in China at Budweiser’s Storm Festival in 2015. Building off of his momentum in China, CARTA went global in 2017 and continued working and performing with major international artists at festivals like Tomorrowland, Ultra Music Festival stages in China, Singapore, Bali, and Hong Kong, and Amsterdam Dance Event. Through his weekly radio show on Hit FM Radio, China’s largest foreign language radio station, CARTA extends his influences to an audience of over 8 million listeners by educating them on electronic music and providing a platform for other electronic artists to break into the Chinese market. Recognizing his potential and talent, Tag Heuer invited CARTA to be Friend of the Brand and requested his music to be used for their Greater China promotional videos. Being named China’s first DJ to enter DJ Mag’s Top 100 and Asia’s 2017 No. 1 DJ is just the beginning. Kicking off 2018 by playing at major festivals around the world including Ultra Music Festival Miami’s 20th Anniversary, Creamfields China, and EDC Japan, CARTA has big plans for the year. Besides playing these big festivals he also became #73 at the Dj Mag top 100. With new music and projects in the works, CARTA is an artist to watch as we’re about to hear much more from this talent.