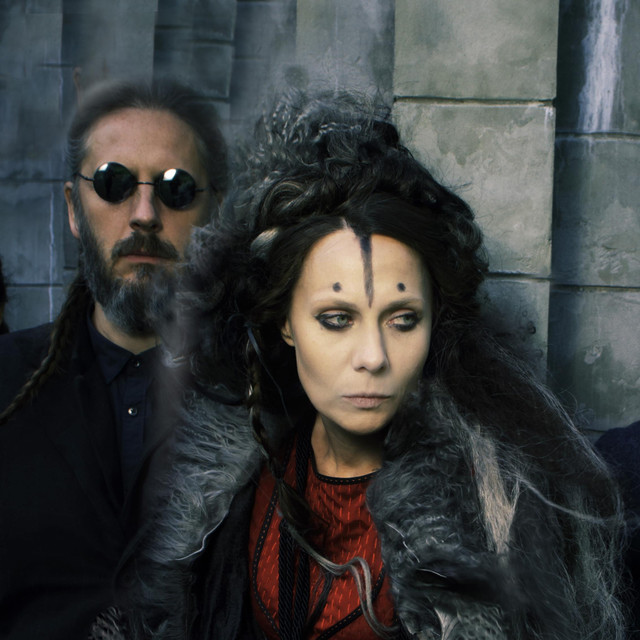 The band SKYLĖ is the creative gathering which originated in Vilnius in 1991, during the Lithuanian historical turning point when the Soviet Union collapsed. The main principles formulated in the outset of the band – the dispersion of alternative musical and poetic thought which is based on philosophy, mythology and history – have not changed until nowadays. There are over 20 albums in the “luggage” of the band which also include the music for events-performances. It is hard to define the stylistics of the band – from the start, in the beginning without the charismatic Aistė Smilgevičiūtė the team created their distinctive poetical-musical elixir. The basis of rock music was replenished by the elements of neofolk, bard, punk, art rock and other musical styles. When the main singer Aistė joined the band in 1997, the spontaneous Baltic line became more apparent in the fabric of music and text. Instrumentation is constantly colored by the acoustic instruments, such as violin, accordion, flute, cello, Lithuanian string instrument kankles and Jaw’s harp. The leader of the band Rokas Radzevičius has widened the activities of SKYLĖ to the cooperation in creation of theatre performances and rock operas. His ability to inspire others convinced and attracted a few talented individuals to create together.