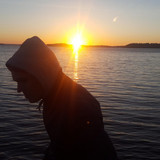 Swedish composer, multi-instrumentalist and producer Jonas Engdahl was bred from the Stockholm indie-rock scene. With an inspiring older brother collecting records of great music by the hundreds, it did not take long before it was clear that this kid had a lifetime of musical passion ahead. Playing in various bands since he was 10, while picking up new instruments along the way, music had completely taken over his life by the time he was a young man. After successfully touring China twice and headlining the massive MIDI music festival, Jonas realized producing music was the seminal way to express himself and started experimenting with electronic music. As Jones Meadow, he creates dreamy experimental house music with noticeable tasteful influences of funk, soul, pop and jazz. His talents shimmer through his music, regardless of the genre he's creating. Since late 2017 Jones has begun to make a name for himself with more than 70 million streams on Spotify alone.