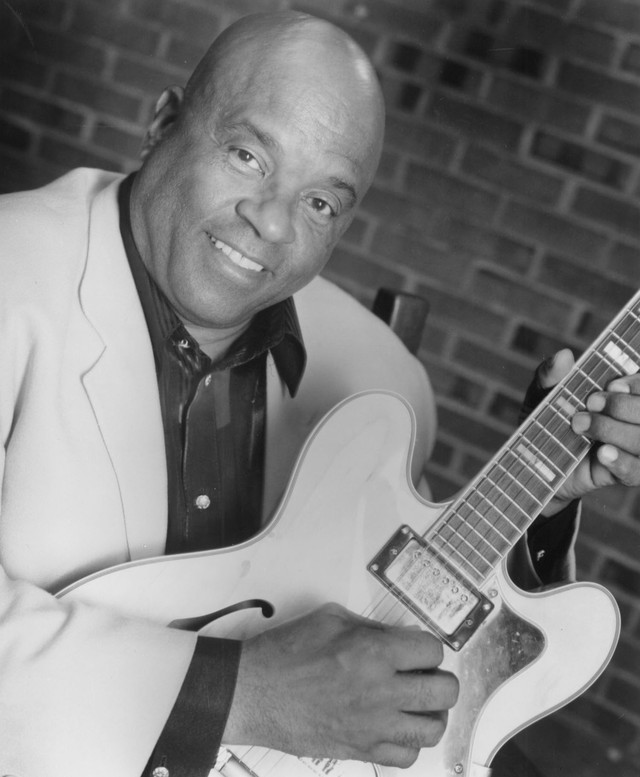 A protege of the legendary T-Bone Walker, electric bluesman Roy Gaines was born in Houston in 1934; the product of a musical family -- his older brother Grady later went on to play saxophone in Little Richard's famed backing band the Upsetters -- he initially played the piano in emulation of Nat King Cole, but as a teen moved to the guitar. A huge admirer of Walker's work, at 14 Gaines met his hero at a local performance, and was even invited to back Walker onstage; dubbed "T-Bone Jr." thereafter, he regularly played clubs throughout the Houston area before relocating to Los Angeles two years later. There Gaines was tapped to join Roy Milton's band, followed by a stint in support of Chuck Willis; additionally, he and Walker occasionally joined forces in the years leading to the latter's 1975 death. Long a sought-after sideman, Gaines recorded infrequently as a headliner, finally releasing an LP, Gaineling, in 1982; other albums include 1996's Lucille Work for Me, 1999's I Got the T-Bone Walker Blues and 2000's New Frontier Lover. ~ Jason Ankeny, Rovi