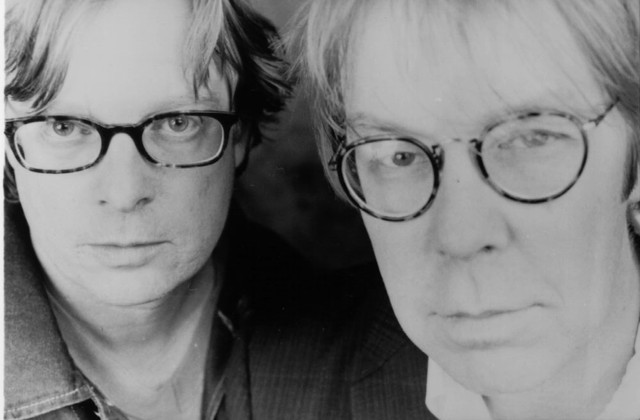 One of the key bands in the Los Angeles power pop explosion of the late 1970s and early ‘80s, 20/20 never quite scored a hit single, but they were a powerful draw on the West Coast in their heyday, and their signature song, "Yellow Pills," became a cult favorite, covered by a number of later power pop acts and providing a noted pop fanzine with its name. 20/20 was founded by Steve Allen and Ron Flynt, two friends from Tulsa, Oklahoma who met when they were in grade school and discovered they both loved rock & roll, particularly British Invasion sounds (the Beatles and the Rolling Stones in particular) and classic pop. Allen's mother suggested the boys should form a band, and with Allen on guitar and Flynt on bass, they began writing songs. The pair started playing around Tulsa around the same time the Dwight Twilley Band (featuring fellow Oklahoma natives Dwight Twilley and Phil Seymour) were enjoying a hit single with the infectious "I'm On Fire," and encouraged by their example, the pair began making plans to head to Los Angeles to try their luck. In 1977, Allen relocated to L.A. and met up with Mike Gallo, a drummer who also had a knack for songwriting. When Flynt completed his studies at Oklahoma State University, he joined Allen in California, and adopting the name 20/20, they began playing out as a trio. By 1978, the group had come to the attention of Greg Shaw, who was documenting the new L.A. pop scene with his label Bomp Records. Bomp released 20/20's debut single, "Giving It All" b/w "Under the Freeway," which earned enthusiastic reviews as the group worked the L.A. club circuit. 20/20 expanded to a quartet with the addition of keyboard man Chris Silagyi, and by 1979, the success of the Knack had convinced major labels that there was money to be made on the new wave of power pop. Portrait Records, a subsidiary of CBS, signed the group, and 20/20 went into the studio with producer Earle Mankey (formerly of Sparks) to cut their first full-length album. The LP, simply titled 20/20, received rave reviews, but while "Yellow Pills" received scattered airplay on progressive outlets around the country, radio didn't embrace the single as they had with the Knack's "My Sharona" (doubtless due to the song's oblique drug references), and not long after its release, Mike Gallo was out of the group, replaced by Joel Turrisi. When 20/20 returned to the studio to record their second album, their label teamed them with producer Richard Podolor, who took a more exacting approach with the band; sessions for 1981's Look Out took place over the space of 15 months, and the resulting album, while a strong piece of work, was darker and less immediately inviting then the debut. The track "Nuclear Boy" received airplay on stations with new wave programming, but Portrait chose to release "Strange Side of Love" as the album's first single, and it failed to chart. After a tour in support of Look Out, Chris Silagyi and Joel Turrisi resigned from 20/20, and the group parted ways with Portrait Records. Allen and Flynt rebounded, hiring new drummer Dean Korth and recording a third album, Sex Trap, for their own Mainway Records label in 1982. In 1983, Enigma Records reissued Sex Trap, but sales were unimpressive, and as the group's prospects began to dim, Allen and Flynt agreed to amicably dissolve 20/20 at the end of the year. In 1995, after 20/20's first two albums were reissued on CD, Allen and Flynt assembled a new edition of the band and recorded the album Four Day Tornado; another album of new 20/20 material, Interstate, appeared in 1998, followed by yet another re-release of Sex Trap in 1999. ~ Mark Deming, Rovi