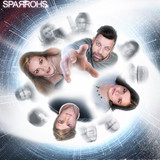 Sparrohs is a Hot Rock band based in Switzerland. Members: Brian Phillips (New Zealander), is the song writer, guitarist and vocalist. Olive Brooke (Danish/Swiss) Lead Vocalist. Beginning year: 2012 Sparrohs’ debut album “Quintessential” was released 2013 Sparrohs began their Hotshot World Tour in 2018 with their second album “Hotshot” which they produced and recorded in 4 countries Sweden, Ireland, Switzerland and the UK, with various producers. They performed independently in over 20 countries world-wide. In 2019 Sparrohs released the NAKED album, and began the “Naked World Tour” in which they’re filming a music video for each song on the Naked Album, each in a different country of the world. The NAKED album was recorded in Italy and final produced in Sweden. In 2020 Sparrohs produced their 4th and 5th albums with Ken Berglund in Sweden and released both the "Volcano" and "Lionhearted" albums the same year. Sparrohs are currently in Cyprus producing their 6th (untitled) album with Chris Cara at Soundscape Studios. All Sparrohs’ songs are originals, Hot Rock is a genre Sparrohs is developing which focuses on truthful lyrics, hot content and hot energy. We are putting it all in to make Hot Rock go worldwide. Hotshots are Sparrohs’ fans. It’s everyone who loves the music, the energy, the songs, and wants to be a part. We are looking for you! Are you a Hotshot? www.sparrohs.com