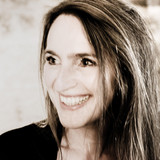 Susanne Lundeng is a Norwegian traditional folk musician and composer; her main instrument is the fiddle. She is a strong promotor of traditional folk music from Northern Norway and has contributed immensely to the preservation of the Nordland traditional folk heritage. She has the core of the northern folk music in her writing and at the same time she draws inspiration from jazz, contemporary and folk traditions from other cultures. Susanne has released 12 solo albums and has collaborated on numerous projects, with amongst other notable musicians such as Halvdan Sivertsen, Frode Fjellheim, Sinikka Langeland, Engegård Quartet, Chris Stout and Catriona McKay and Daniel Herskedal. She has received prominent awards such as The Norwegian Grammy Award, Gammeleng-prisen, Nordlysprisen,