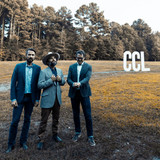 Merging a traditional bluegrass sound and first-class picking with songwriting that often confronts personal issues and political matters head on, Chatham County Line are a North Carolina foursome who first came together in 1999. In the mid-'90s, guitarist Dave Wilson was a member of a country-rock band called Stillhouse, whose sound merged Gram Parsons and Neil Young, when he met Greg Readling, a pedal steel player who could also handle upright bass. Both were interested in the possibility of forming an acoustic country band, and fiddle and mandolin master John Teer and banjo player Chandler Holt were Stillhouse fans interested in making music with a purer sound. The four friends started jamming together in 1999, and within a year they were playing out occasionally as Chatham County Line. By this time, Stillhouse had broken up and Wilson and Readling were doing double duty as Tift Merritt's backing band the Carbines. Chatham County Line were occasionally opening shows for Merritt, and at one such gig in 2003, they were seen by producer and Southern pop icon Chris Stamey, who liked their sound and offered to produce their first album; he also helped the band score a deal with the influential North Carolina-based indie label Yep Roc. Stamey also produced Chatham County Line's second album, 2005's Route 23, while Brian Paulson stepped in behind the board for 2006's Speed of the Whippoorwill. Meanwhile, Chatham County Line began earning accolades for their inventive take on bluegrass music, having been named the Best New Bluegrass Band at the 2004 RockyGrass Competition in Lyons, Colorado, and received similar honors at the 2006 Indie Music Awards. Chatham County Line also found themselves becoming unlikely stars in Norway after the group was recruited by popular Norwegian singer/songwriter Jonas Fjeld to back him on a concert tour; a live album from the tour, Amerikabesok, was released in 2007 and became a major chart success in Norway. (CCL would go on to record two studio albums with Fjeld, 2009's Brother of Song and 2013's Western Harmonies.) Back in North Carolina, IV appeared on Yep Roc in 2008, with Stamey taking the production reins once again. Their fifth full-length offering, Wildwood, appeared in 2010. The group returned in 2012 with a live album, Sight & Sound, recorded in traditional bluegrass fashion with the band huddled around a single microphone; the show was also videotaped and released on DVD. Chatham County Line spent much of 2013 writing and demo'ing fresh material, then recorded those songs for their sixth studio effort, 2014's Tightrope. While the meticulous approach they took on Tightrope shone a light on their wonderfully detailed arrangements, their next release, 2016's Autumn, was a far more casual and loose affair. In 2019, the group returned with the covers album Sharing the Covers, which was followed quickly by Strange Fascination. Released in May 2020, Strange Fascination found Chatham County Line in a transitional period. Founding banjoist Chandler Holt played on the album but had officially left the group. The remaining added drummer Dan Hall, which had the effect of pushing the band away from their signature bluegrass. ~ Mark Deming, Rovi