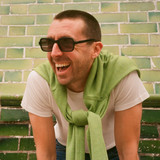 Miles Kane’s magnificent new album wasn’t meant to be an observation on ageing. In fact, he didn’t know it was until Change The Show was recorded and people began pointing it out. “I listened back to the lyrics and realised they were right,” says the still boyish musician who turned 35 in March. “I could front it out and pretend the stories are about someone else, but what’s the point? These are the most honest songs I’ve ever written. The album is me, as I am now. Old, apparently.” More mature maybe, but surer of himself than ever before and considerably more content. Relocating to London from L.A. just prior to the release of 2018’s Coup De Grace, was a turning point. “I moved to Bethnal Green and came back down to earth,” says Miles, only half-joking. “Visually, it’s a world away from L.A. I felt like a kid going home to me mam’s - comfortable, content, with my old drive back. That had a big impact on my writing, plus it helped me as a person. Suddenly, I could see what’s important.” Change The Show is a joyous, sax-soaked, Motown-meets-Northern Soul record that fizzes with fun and is littered with witty, tongue-twister lyrics. A Lily Savage cameo opens the infectious first single Don’t Let It Get You Down. Nothing’s Ever Gonna Be Good Enough is a jubilant, piano-driven duet with Corinne Bailey Rae. Between looking back at his L.A. years and poking fun at himself, Miles muses on friendship, feelings, his rollercoaster career and finally finding his feet.