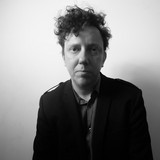 “I firmly believe Ben Salter to be one of Australia’s best singers, and if I weren’t so goddamn competitive, one of its best songwriters as well.” – Tim Rogers (You Am I, The Temperance Union) Ben Salter is one of Australia’s most highly regarded performers and songwriters. As well as being a founding member of Giants of Science, The Gin Club, Hownowmer, and the three-time ARIA-nominated Wilson Pickers, he is an accomplished artist in his own right. On his three records to date - The Cat (2011), The Stars My Destination (2015) and Back Yourself (2017) - Salter experiments with a variety of styles, from acoustic ballads to indie rock songs to avant garde soundscapes and instrumentals. His powerful, evocative voice has been described as “the best in Australia” and he is regularly cited as one of Australia’s finest songwriters. He has collaborated with many of Australia’s most well known performers

including Tim Rogers (You Am I / Temperance Union / The Bamboos), Bernard Fanning (Powderfinger), Mick Thomas (Weddings, Parties, Anything),