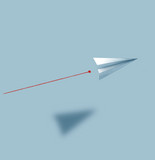 Blaumut is a Catalan fusion band of pop and classical music from Barcelona. They formed in 2009 and released their debut album “El Turista” to critical acclaim in 2012. With its poetic lyrics and blend of rock and classical performed with violin, cello, guitar, bass, drums, and electronica, the music conveys emotional depth and a minimalistic beauty. They continued with this successful style to do three more albums: “El primer arbre del bosc” in 2015, “Equilibri” in 2017 and