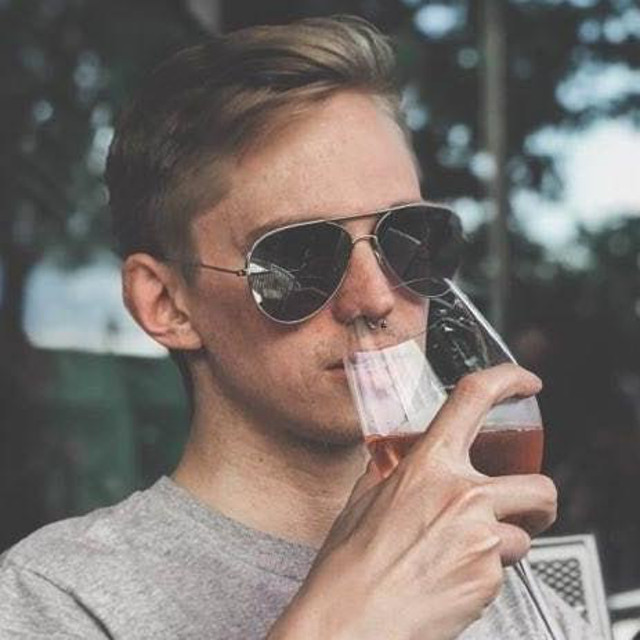 Kyle "BuhDihKuh" Arneson is a Folk Punk Acoustic Comedian with a taste for destruction. Born in Leonardtown MD, BuhDihKuh has made his way around the east coast, now resides on the west coast. BuhDihKuh began learning guitar at 13, has been performing on stage since 15, and has been growing a reputation for making fun of anything and everything his entire life. Sometimes vulgar, sometimes heartfelt- He's been creating music that hits home for over a decade. After playing several local venues, house shows, and college parties- BuhDihKuh released his first album "Zombie Pirates and Princess Entangled" in 2011 under the name BDK Music. While on the road performing the album to the public, an intoxicated woman slurred "BDK" so hard it made a sound which was later translated into his now stage-name BuhDihKuh. Live performing on the east coast was put on hold as he left Maryland for music college in Minnesota. There he studied Music Production as well as Music Business. During his time in school he continued to record singles, re-record songs from ZPandPE, and a few shelved EP's. He also took on the stage as the front man for a Ska-Punk project known as "EZ Bake Lovin". As the band came to a close, so did college and BuhDihKuh decided to release his Sophomoric effort MDMN in 2015. The album had no songs following one genre and had a variety of featured artists. 3 years later he is happy to present "All I Am", his latest album to the world- Available Now. www.buhdihkuh.com