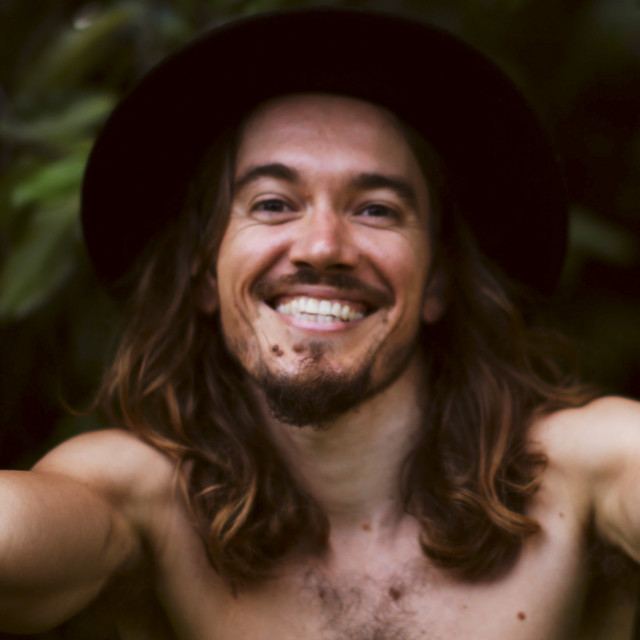 Jesse Witney is a significant, soulful voice in Australia’s music landscape. Arising from a diverse background of Folk, Brazilian and Soul music, he has created an immediately identifiable and unique sound. Blending Jazzy chords with catchy melodies, his songs can quickly become stuck in your head on high rotation. He has a dynamic vocal range and accompanied by his authentic charm, it’s easy to get drawn into his world as he confidently brings you in and shares the things that are important to him, such as care for nature, self determination and love. Currently based in Byron Bay on the east coast of Australia, he has found a home for his music, a community of likeminded individuals who appreciate his talent and align with his message. His thirst for exploration, and love of world music, have seen him journey abroad to share his music in the UK, Brazil, Germany and Hawaii. Splendour in the Grass, Woodford Folk Festival and Island Vibe are just some of festivals that Jesse has performed at in Australia. Internationally he has toured twice in Germany as the Jesse Witney Trio, and performed in Hawaii with Artists such as Tubby Love, Amber Lily and Charlie Magee (Formidable Vegetable Sound System). The success of his crowdfunding campaign in 2018 allowed Jesse to travel to Brazil, and work with co-producers Thomas Mitchell (AUS) and Marcelo Müller (Brazil), where they recorded at Carolina Studios in Santa Teresa, with the best musicians of the Rio scene.