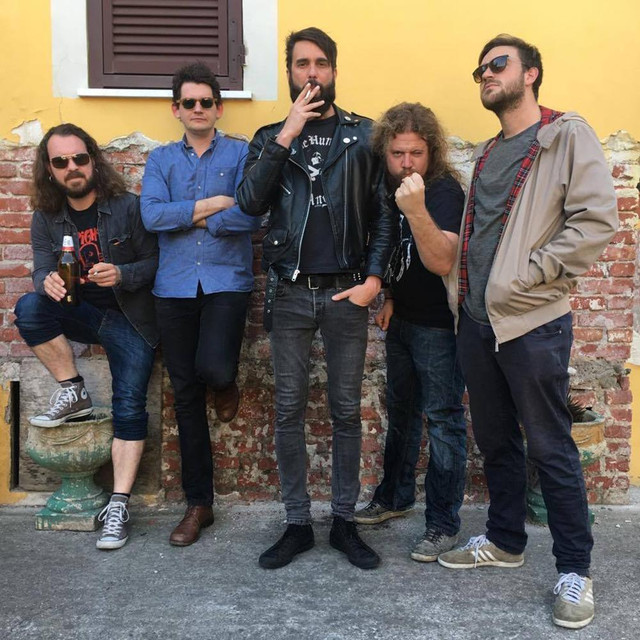 This is the story of the infamous Hero Brothers and Their Blue Bean Booze Rhythm Group: A band so strong, prison can’t hold them. Long time ago Mr. Marin and Daverino, who were known to make troubles in the neighborhood, were doing time in Cave City State Prison. They were apprehended by the law, while breaking the law. That night, they got drunk on Tennessee whisky, which gave them supernatural powers. They were the only known cowboys, who to this day, stood trial for successful cow tipping. A crime so heinous, it is punishable by hanging. In prison the only escape from solitude is god and music. They chose the latter. Infused by smuggled Tennessee whisky, they strung up some shoe laces on the cell bars and started to play music sent by angels, because god was impressed with the cow tipping. In the cell next door, two gentle men, Mister Slowhand and Mister Big Ol’ Tiz California, heard that god sent music and called out to our cowboy heroes. They started playing that secret country-trash music in the showers, while surrounded by big… men. One night, while practicing they got carried away and didn’t heed the steps of the furious watchman Gfilly the Gatlin’. But god chose to calm his mind, and redirected that fury in to his hands. He couldn’t stop beating at them bars. He beat them so hard and well, that they sprung out their mounts and everything went silent. Not speaking a word, they just nodded to each other and knew.